Each closed-head sprinkler is held closed by either a heat-sensitive glass bulb or a two-part metal link held together with fusible alloy. The glass bulb or link applies pressure to a pip cap which acts as a plug which prevents water from flowing until the ambient temperature around the sprinkler reaches the design activation temperature of the individual sprinkler head. In a standard wet-pipe sprinkler system, each sprinkler activates independently when the predetermined heat level is reached. Because of this, the number of sprinklers that operate is limited to only those near the fire (in reality, normally one or two will activate), thereby maximizing the available water pressure over the point of fire origin. This also minimizes the water damage to the building.A sprinkler activation will do less damage than a fire department hose stream, which provide approximately 900 liters/min (250 US gallons/min). A typical sprinkler used for industrial manufacturing occupancies discharge about 75-150 litres/min (20-40 US gallons/min). However, a typical Early Suppression Fast Response (ESFR) sprinkler at a pressure of 50 psi (340 kPa) will discharge approximately 100 US gallons per minute (0.0063 m3/s). In addition, a sprinkler will usually activate between one and four minutes, whereas the fire department typically takes at least five minutes to arrive at the fire site after receiving an alarm, and an additional ten minutes to set up equipment and apply hose streams to the fire. This additional time can result in a much larger fire, requiring much more water to extinguish .Sprinklers may be required to be installed by building codes, or may be recommended by insurance companies to reduce potential property losses or business interruption., dormitories, and hospitals 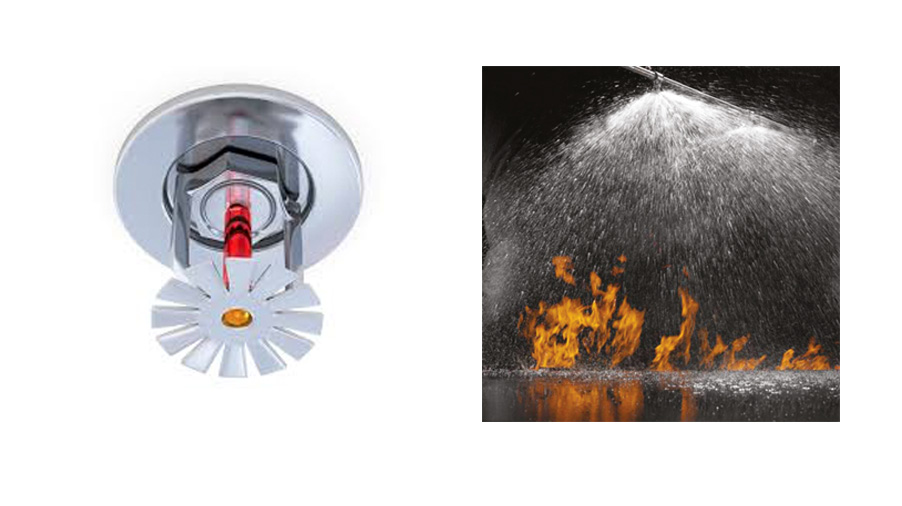 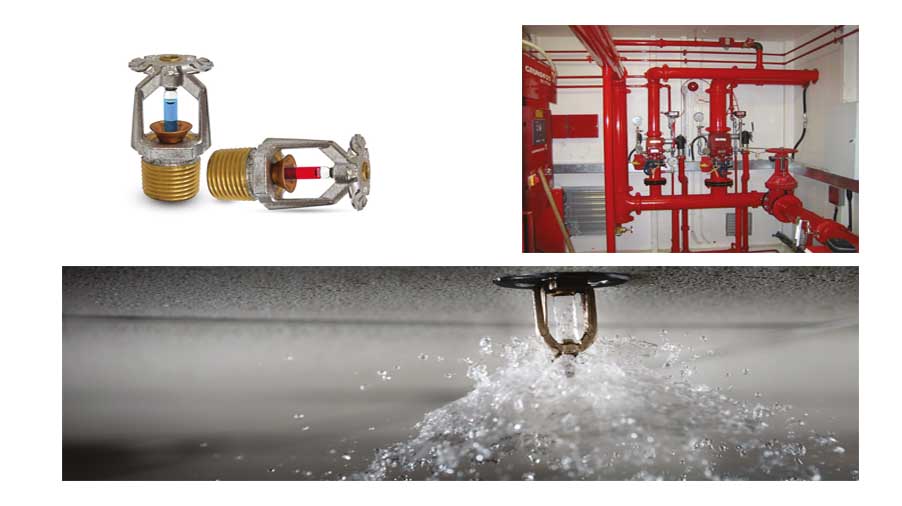