“Deluge” systems in which all sprinklers connected to the water piping system are open, in that the heat sensing operating element is removed, or specifically designed as such. These systems are used for special hazards where rapid fire spread is a concern, as they provide a simultaneous application of water over the entire hazard. They are sometimes installed in personnel egress paths or building openings to slow travel of fire (e.g. openings in a fire-rated wall).

Water is not present in the piping until the system operates. Because the sprinkler orifices are open, the piping is at atmospheric pressure. To prevent the water supply pressure from forcing water into the piping, a “deluge valve” is used in the water supply connection, which is a mechanically latched valve. It is a non-resetting valve, and stays open once tripped.

Operation – Activation of a fire alarm initiating device, or a manual pull station, signals the fire alarm panel, which in turn signals the deluge valve to open, allowing water to enter the piping system. Water flows from all sprinklers simultaneously. 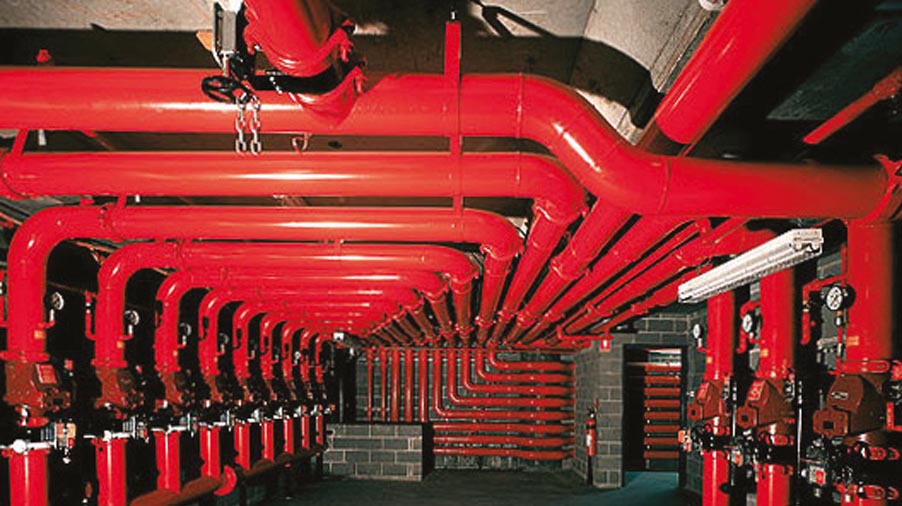 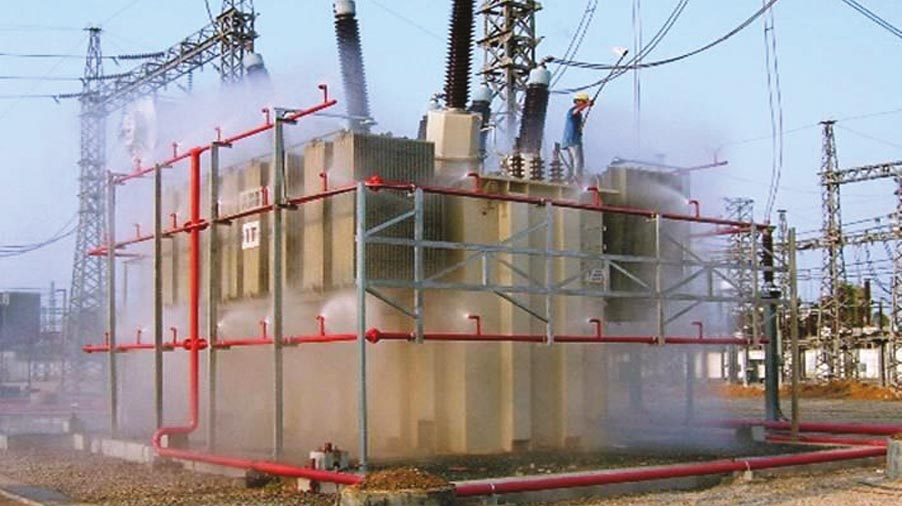