Our interest is to give information and knowledge in saving life and properties in the threat of fire and to undoubtedly continue in the future to be relevant in the needs of the community. We provide quality of works and good service that would meet client satisfaction. Today we are operating throughout ABU DHABI, growing fast with

We provide quality of works and good service that would meet client satisfaction. Today we are operating throughout ABU DHABI, growing fast with high satisfactory result. We don›t compromise the good relation and quality of services to our clients.

To ensure the ongoing efficiency of the installed fire protection products and fire systems, we provide maintenance services as per the NFPA/local Civil Defense standards. The maintenance of these systems is an ongoing responsibility and is a requirment of the regulations and international standards.

To provide fast, efficient and professional service on client satisfaction at a competitive price. 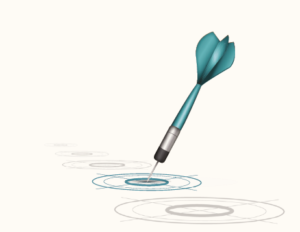 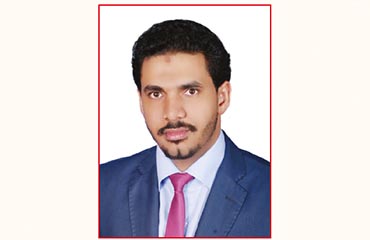 Hardly, a day passes without hearing a fire accident in a company, factory,
warehouse or car, the compensation losses at Insurance companies during the
past three years has exceeded billions of dollars.
Experts attributed the economic recession and stopped a lot of factories because
of declining insurance rates and increase the risk ratios in the economic sector.
For example, this report from NFPA National Fire Protection Association With
regard to “Fire Loss in the United States during 2013”
(Report: NFPA’s “Fire Loss in the United States During 2013”
Author: Michael J. Karter, Jr. – Issued: September 2014
U.S. Fire Department responded to an estimated 1,240,000 fires. These fires
resulted in 3,240 civilian fire fatalities, 15,925 civilian fire injuries and an
estimated $11.5 Billion in direct property loss. There was a Civilian fire death
every 2 hours and 42 minutes and a civilian fire injury every 33 minutes in 2013.
Home fires caused 2, 755 or 85% of the civilian fire deaths evolution, which
the world is witnessing in all fields, especially the industrial field leads to an
increased rate of fire, which requires us to a larger effort to reduce the risk of
fires by (1) Raise awareness and culture of the people for the importance of Fire
Protection & Fire Prevention Systems. (2) Proper application of Safety & Security
Standard.
We are in Tamouh Fire & safety We are looking forward to have an active role To
preserve the life and property through the provision of our services according
to international standards through the qualified cadres who considers that your
safety is our priority. 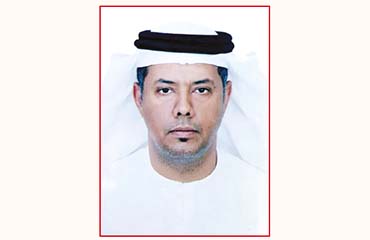 On behalf of TAMOUH FIRE & SAFETY EST., please allow me to convey my deepest
appreciation to our Clients and Vendors, for their continued confidence in us.
I am also grateful to the Executive Director Engr. Raid Malik, for the invaluable
inputs and pivotal role he has played in steering the Company towards
continued growth in a challenging year.
I would also like to commend all the staff for their dedication and commitment.
Let me say a few…
I am proud that in the past few years We were able to win the trust of our
customers that by our commitment to quality – Credibility – Transparency with
all our customer and Full commitment to the implementation of the regulations
of the United Arab Emirates represented by the General Directorate of Civil
Defense in order to secure society.
Our performance for the past year and the key factors hopefully motivate and
driven us more to promote fire security and fire prevention to the world.
Our interest has always been to give right information and knowledge in saving
life and properties in the threat of fire and continue in the future to be relevant
in the needs of the community. Let us provide a better way to prevent and
suppress unwanted fire by rendering efficient fire safety services.
Thank you and you’re all welcome to Tamouh Fire & Safety. 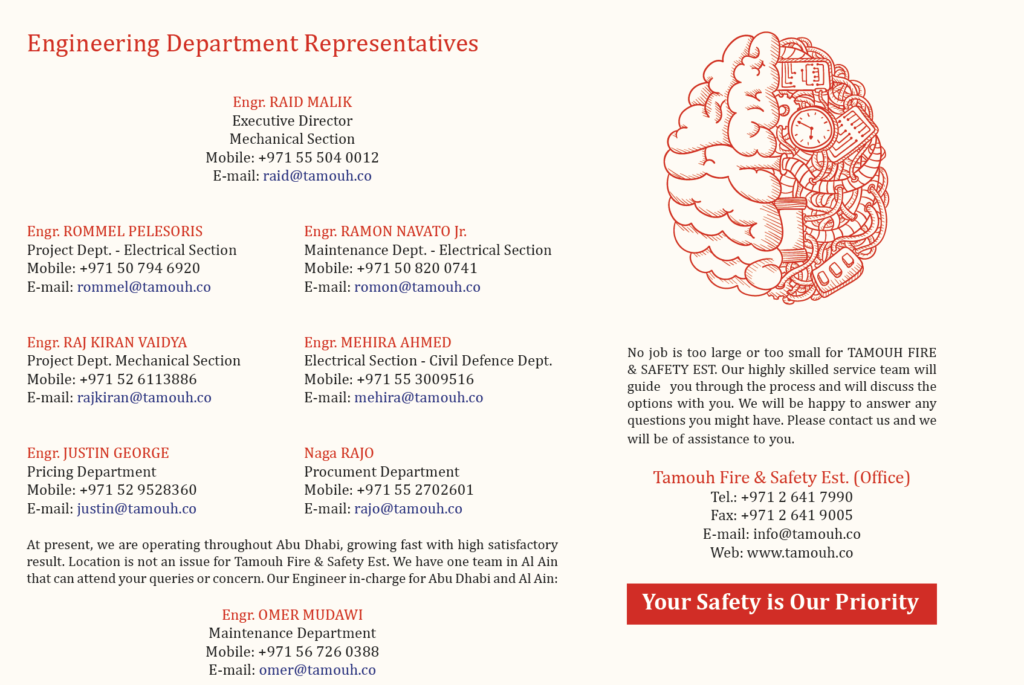 OUR PARTNERS AND ASSOCIATES